Holocaust denier Germar Rudolf is back in the United States, reporting on his website that he is living with his wife somewhere in Pennsylvania. He had kept a low profile for a while as he wrangled out legal complications preventing him from residing in the US. Now he is writing much more on his website, has become a regular guest on David Duke’s internet radio show, and recently published a new book entitled Resistance is Obligatory, in which he presents the “uncensored inside story” of his 2007 conviction in Germany for defaming the memory of the dead and inciting racial hatred. 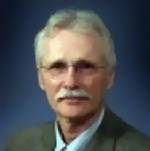 Rudolf’s new book has a preface by Daniel McGowan, a former professor of economics at Hobart and William Smith Colleges and Executive Director of Deir Yassin Remembered.  I think it’s fair to call McGowan himself a Holocaust denier. Although he protests that he has never denied the “tenets of the orthodox Holocaust narrative,” he has repeated many of the specific arguments that Holocaust deniers make about the historicity of the destruction of European Jewry, has called Elie Wiesel a fraud, and has been an enthusiastic supporter of deniers like Ernst Zundel, Bishop Richard Williamson, and Germar Rudolf.

It’s hard for me to obtain the writings of Holocaust deniers and anti-Semites these days, so I don’t know if I’ll be able to review Resistance is Obligatory, but I’ll try to keep an eye on what Germar Rudolf posts on his site.